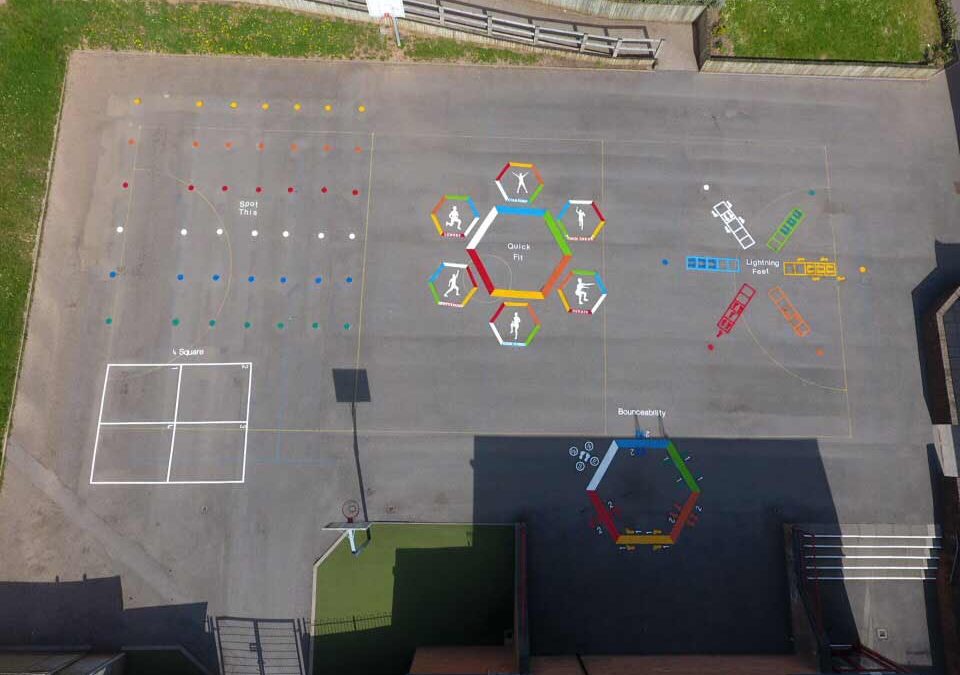 No matter how deep your catalogue of fun games goes, it’s not always easy to keep things fresh and get everyone involved and having fun in sports. Some may struggle to get involved, others may not want to partake, and no matter what variation you put on the games, everyone may not get an equal share.

Here are some of our quick-fire games in sport that can mix things up and get your session off to a flyer with everyone involved equally.

Lightning is an all-time classic when it comes to getting a game going that is simple to follow and fun for all involved. It’s a football game, and it involves being both a keeper and an outfield player, and it begins with one person in goal and the rest of the class in a line behind one another with those in a line ready to go.

A coach will stand to the side and pass a ball to the next child in the line. They will then shoot, and should they score, they earn one life (you only get one life which has to be earned). If the child misses, they don’t obtain a life and they go behind the goal and are out of the game until they come back in – the only way a child comes back into the game is if they catch a ball from the next kicker, but they must be behind the goal.

The game is called lightning for a reason; the coach must constantly be passing a ball to the next in line. Moreover, a child, score or miss, always heads into the goal to save the next shot and is then a round-robin as fast as possible, meaning you go to the back of the line after the shot of the next child.

The Bean Game (no equipment, warmup)

If you have no equipment, a younger age group, and you’re struggling for something new, try the bean game. This game is best used as a warmup for those under the ages of year 3.

The kids will be running around as freely as they like at a pace they are comfortable with, and the coach will shout the following phrases : jelly bean, frozen bean, jumping bean, running bean, broad bean, beans on toast, beans in the microwaves, and more if you can think of them! Most are self-explanatory, but the beans on toast means the children will lie flat on the ground as big as possible without touching other pieces of toasts to get them to consider spatial awareness. Beans in the microwave gets them spinning on the spot, while jumping bean, running bean, and frozen bean are what they say they are on the tin.

It’s a nice game for around 10 minutes to get the kids energised and ready to move onto some equipment-based things.

Castles is an excellent game for those in the upper age groups for both mental and physical work. It involves four hoops per team set out on a dodgeball pitch with balls in the middle of the pitch as normal in a game of dodgeball. However, the participants cannot get a ball until they create two castles inside their half of the pitch. To do so, they will have four hoops that can be formed to create a ‘castle’ by using the first as a foundation, the other two hopes as walls within the first, and the final hoop on top as a roof all balanced together. This will create a castle, and it can take a lot of time, thinking, and teamwork and the next objective is to knock down the other opponents’ castles.

There’s many other variations on this game to keep things going, such as the ability to rebuild a castle, but, this then leaves the other castle open for a target, and if both go down, the opposing team wins. Because this game tests the mental side just as much as the physical, this is best for year 5+, but give it a go for younger ages if you’re confident they’ll get it!

This website uses cookies to improve your experience while you navigate through the website. Out of these cookies, the cookies that are categorized as necessary are stored on your browser as they are essential for the working of basic functionalities of the website. We also use third-party cookies that help us analyze and understand how you use this website. These cookies will be stored in your browser only with your consent. You also have the option to opt-out of these cookies. But opting out of some of these cookies may have an effect on your browsing experience.
Necessary Always Enabled
Necessary cookies are absolutely essential for the website to function properly. This category only includes cookies that ensures basic functionalities and security features of the website. These cookies do not store any personal information.
Non-necessary
Any cookies that may not be particularly necessary for the website to function and is used specifically to collect user personal data via analytics, ads, other embedded contents are termed as non-necessary cookies. It is mandatory to procure user consent prior to running these cookies on your website.
SAVE & ACCEPT